The two works in the Mythology group each feature a popular figure from Greek or Roman Mythology–the Centaur and Diana.

A young Grecian or Roman woman, armed only with javelins, hunts joyfully through the woods. 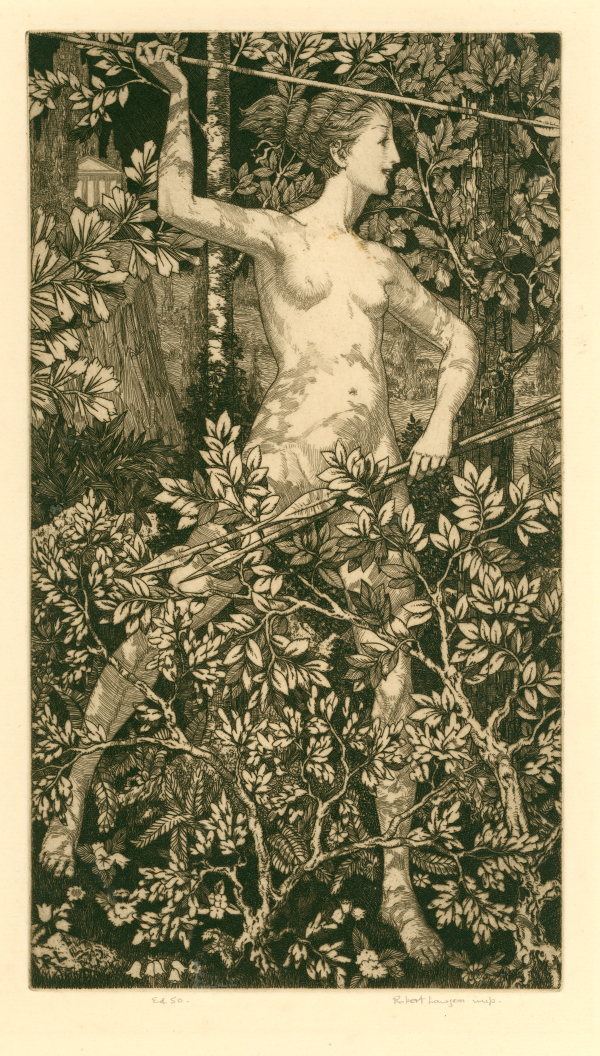