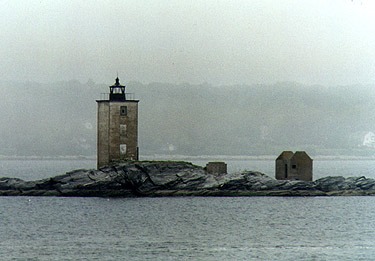 This 42-foot tall square brick tower and oil house are all that remain of the old light station. Until shortly after 1947 it was attached to a keeper’s dwelling that was built in 1857 as well. This light replaced the original light on the island which had been built in 1827. Its purpose was to guide ships into Dutch Island Harbor as well as through the west entrance to Narragansett Bay. It is now under the care of the Dutch Island Lighthouse Society.