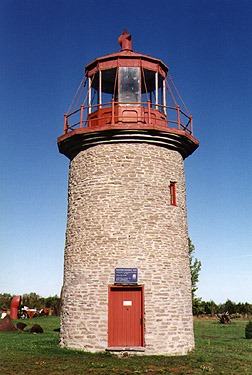 “This 30 foot tall tower was built as a memorial to the seamen of Prince Edward County who had lost their lives in Lake Ontario waters. The lantern and light atop the tower are from the original lighthouse on False Duck Island which served from 1829 until 1965, when a new, modern structure was built on the island. This monument is now part of the Mariner’s Memorial Park and Museum.”