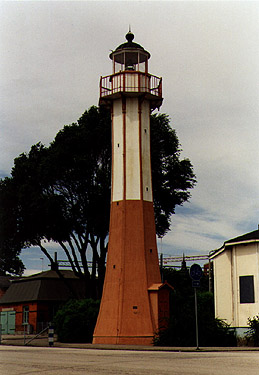 “Ystad, on the southern coast of Sweden, has been an important Baltic port since the 11th century. This lighthouse actually had to be moved a short distance before it was ever lit because it was in the way of a new railroad depot which was being built in the harbor area. At 15.7 m (51 ft) tall, it may have been the first lighthouse ever moved in one piece, without being disassembled.”