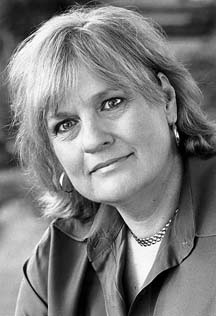 (Please note that the following profile was compiled by IPL staff who corresponded with this author in 1999. It has not been updated since. Those wishing to write to this author should not write to the IPL, as we do not have a way to contact her via e-mail. They should write her in care of her publisher at the following address: HarperCollins Children’s Books; 1350 Avenue of the Americas; New York, NY 10019)

When she was younger, Karen Cushman wanted to be a librarian, a movie star, or a tap dancer. Instead, she became a writer–but only after she raised a daughter named Leah and became a teacher. Now, she spends much of her time writing stories about characters who lived long ago. Author of three novels including one which earned a Newbery Award and another a Newbery Honor Award, Cushman hopes to continue writing for the rest of her life.

Cushman was born in Chicago, but moved to Oakland, California when she was ten years old. Her feelings about moving became an important inspiration for her latest work, THE BALLAD OF LUCY WHIPPLE . This book describes the life of a young girl who moves west during the gold rush era, a girl reluctant to part with the world she knows. Cushman’s other books–CATHERINE, CALLED BIRDY and MIDWIFE’S APPRENTICE–both explore what it might have been like to be a young girl growing up in medieval times. Before she writes her books, Cushman spends much time learning about the historical period in which she sets her stories. Her books show not only how different life was in earlier times, but also how similar many of the experiences are to our own.

Karen Cushman remembers reading anything she could get her hands on when she was growing up: comic books, Russian novels, books about World War II, Mad Magazine, and cereal boxes. After high school, Cushman attended Stanford University, where she majored in Greek and Latin. Later in life, she got two master’s degrees and spent ten years teaching Museum Studies. Today, she makes her home in Oakland with her husband Philip, a cat and a dog, and lots of books, flowers and tomato plants. She also continues to read, especially the medieval mysteries of Peter Ellis and books by Patricia MacLachlan.